Ant-man and The Wasp is another installment in the Marvel Cinematic Universe (MCU) that came out early July 2018. We see all the Marvel movies at the theaters, so this one wasn’t an exception. 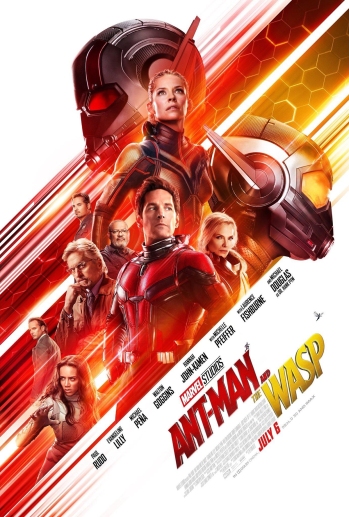 END_OF_DOCUMENT_TOKEN_TO_BE_REPLACED

That’s all I needed to go out and see this, especially now that I’m armed with Moviepass. 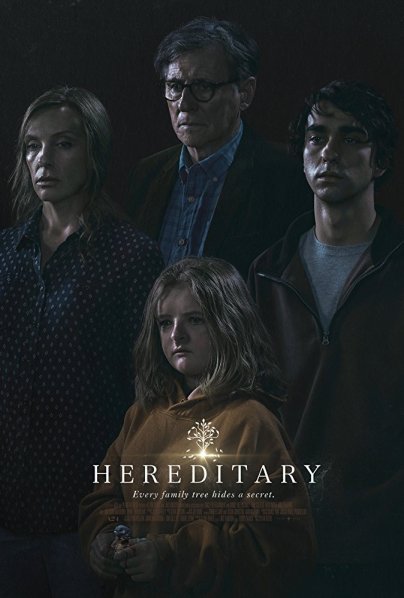 Why see a horror movie?

Over at Decent Films, an interview with filmmaker Scott Derrickson, of Deliver us from Evil, says it best:

Deacon Greydanus: What does a nice Christian guy like you see in this genre? What does horror at its best offer us?

Derrickson: For me, [horror] is the perfect genre for a person of faith to work in. You can think about good and evil pretty openly. I always talk about it being the genre of non-denial. I like the fact that it’s a genre about confronting evil, confronting what’s frightening in the world.

I agree with that view. I think it’s good to explore all facts of the world around us, including the spiritual. When I see a horror film I want it to be edifying and to make me think about the spiritual world, God and everything.

Plus, who doesn’t enjoy a good scare every once in awhile?

For those that watched the Hereditary edition of Rachelsey at the Movies on Youtube, you know my answer: Skip.

I explain in the video, but I wanted to flesh out why just a bit more.

First, let’s discuss what I liked about the movie.

It was really well-made. From the script, to the sets, score, actors, colors…everything. It was just really well done. Toni Collette deserves recognition for her role. The range of emotion she displayed while at the same time the subtleties of switching between loving mom and disturbed woman was nothing short of excellence.

This movie showcased a very dysfunctional family very well. This family had not only been through traumatic events, they were also carrying with them multi-generational dysfunctional behaviors such as codependency and martyrdom. No agendas, the movie just showed a very honest and real look inside a broken family.

The scary stuff was also done well. I thought the movie got the intensity right with the score, the colors of the film were soft and bluish and had quick switches from day to night that were unsettling. And then, of course, the run-of-the-mill horror images were all done very well: ghostly figures appearing, strange noises, weird looks from strangers, figures scurrying across the floor, bugs crawling, seances. On top of that, you had some not-so-run-of-the-mill images like the reoccurring beheadings and the whole closing scene.

A really interesting choice was the death of the character you may have thought was going to be the protagonist throughout the entire film. Charlie, their 13-year-old daughter, is killed in a car accident about a third of the way through the movie. This was shocking. At least to me. I thought the whole movie was centered on this character and then she was gone. So from that point, I really had no idea where the movie was going, which I think made it very intense and kind of exciting.

Unless, you’re a lover of the horror genre. Then definitely see it. You’ll want to see what this filmmaker does. But if you’re a normal moviegoer open to the horror genre, there’s really no reason to see.

Why? It’s not edifying.

I don’t see horror movies just for the fun of it. For me, that would be like seeing a war movie that didn’t have a purpose. Why would I do that? War is horrible. If I see a war movie it’s because it teaches me something. I want the same from a horror movie.

So, let’s get into why I didn’t like Hereditary.

Three quarters of the way through the movie, I actually thought to myself, “This isn’t edifying.” Up until that point, there was nothing in the movie that was particularly moving in a deep emotional way. None of the characters were even…redeemable? Yeah, let’s go with that word. The mother was very damaged but very self-involved and unable to seek help. The father was passive and very codependent. The son was a pothead and what you might consider a typical teen (although I find teens to be much more dynamic and full of vigor and curiosity). The daughter was very odd and not particularly lovable. These were the four main characters. You couldn’t really root for any of them or empathize with them either.

But, I could have been won over with a good spiritual premise. Did this movie have something to say about spirituality?

Well, not in a way I could get behind.

At the end of the movie, the audience is brought into a special event where they get a front row seat to worshipping a demon.

So I left the movie wondering what the point was and annoyed because I felt like I got duped into attending a Satanic ritual.

Let’s talk some more about it.

The entire family is taken in by the cult of this demon. As it turns out, Charlie was possessed by this demon up until her death. The mom is either deeply disturbed and finally breaks at the end or is possessed herself. The dad dies by spontaneous fire. The son jumps out a window and either dies or is just unconscious. Either way this seems to allow the demon that was hosted by Charlie to enter his body.

Then the closing scene was particularly offensive to Christians. The son, after the demon possesses him, enters the treehouse. It is full of many people that we assume are all members of the cult that was discovered earlier in the film by the mother. There is a statue of something that hearkens back to a figure Charlie had constructed with a crown and a staff. It mimics Jesus Christ as portrayed in many Catholic paintings but with the hands inverted the opposite way. The scene has headless figures kneeling down in front of the statue and is meant to recall the Nativity of Jesus Christ. The crown is removed from the statue and put on Peter, the son. The cult members are chanting “Hail ______!” (I have no desire to include the demon’s name) and then make a statement in chorus that includes “We reject the Trinity.”

The scene closes, the title screen appears and the ‘t’ from Hereditary turns red and drops out of the word.

So, yeah, as a devout Christian I was pretty offended. When the cult members chanted they rejected the Trinity, I, sitting in my movie theater recliner, starting making the sign of the cross on different parts of me.

I was not happy when we left the movie. I felt like it was a big waste of my time, and not only that, but I knew I was going to be scared all night. And I was. I lost almost an entire night’s of sleep because of this movie.

Upon further discussion with my husband, there is one small positive thing I can say about this movie. When the mother discovers the cult after going through the grandmother’s albums and books, the audience observes a few important details: the name of the demon, that it prefers a male body, and that it will bring its worshippers riches. We knew the entire focus of the cult was on material things and not on anything good. So, at least there’s that?

Interestingly enough, I did actually have some spiritual growth because of this movie.

Who would have thought?!

I was so deeply affected by it that Kelsey, my husband, was kind of concerned.

I started telling him all about my feelings, and then, seemingly out of the blue and unrelated to anything I was saying, he says to me, “Rachel, you know that you don’t have to do anything for Jesus? Jesus did it all.”

“I feel guilty that I saw this movie. I feel like I should have known better.”

“Rachel, it’s okay that you’re not perfect. Jesus loves you. He wants you to grow and learn. It’s okay if you make mistakes. And I don’t even think this was a mistake. Hold on a sec… Here’s something Jesus told me and I think it’s important for you.”

The crucifixion isn’t a judgment on you.

“Jesus chose to die on the cross to set all of us free. Jesus died on the cross because he loves you. He has conquered sin and death. You are free.”

But I am free.

I just feel like this changes everything for me. I had been struggling for weeks in my relationship with God.

I’m free. I don’t have to be burdened by sin. I can repent and live free!